Class added to your basket

Beware of the Chain Reaction

When using reinforcers to train dogs, it is not as simple as just reinforcing the right behaviour. Why not, I hear you ask!

Let us first look at what we mean by reinforcers. A “reinforcer” is anything which makes us more likely to do a behaviour. For example, when we ask our kids to do homework because if they do it, they can have time on the X Box. The X Box is the reinforcer and the homework is the behaviour being reinforced. This (in theory) makes it more likely that homework will be completed (Hum).

In the world of dog, a sit behaviour might be reinforced by our attention; therefore, the dog is more likely to sit in the future if the dog likes to get your attention. However, if your timing is not perfect, it is possible to reinforce the wrong behaviour, or indeed a series of wrong behaviours that the dog did before sitting.

When teaching the “Play Dead” you will ask your dog to do these in this set order. To teach the dog to play dead on a verbal cue we start this chain with:

The dog eventually learns that the cue “Bang” is always followed by these instructions, so anticipates what you want when you use the cue “Bang”. Eventually, there is no need to use any of the cues following “Bang” as the dog has learned there is a chain of instructions that always follows this cue. This method is called chaining.

Dogs chain all the time. There is no secret to this, it really is just associative learning.

However, it is possible to accidentally reward behaviours we don’t want to see because dogs can chain. (This is the main reason why punishment/force trainers say rewards don't work - it's really because they don't realise how clever dogs are, and they don't actually have the skill to train dogs properly).

For example: A dog keeps jumping up at his owner for attention. His behaviour is reinforced because he is told to get down. He got attention, so the behaviour was actively reinforced.
So, the owner decides to ignore his demands for attention to avoid reinforcing it, and next time, the dog jumps up he gets no reinforcement. He jumps up again and again expecting this behaviour to be reinforced. Eventually he gives up and sits down. His owner immediately tells him he is a good dog and gives him attention to reward the sit behaviour. What behaviours have been reinforced here?

How do we avoid chaining in the wrong behaviours?

If we want to ensure undesirable behaviours are NOT reinforced, we need to show the dog that he was unsuccessful with each unwanted behaviour and consider each response a separate learning trial.

For example, rather than ignore the dog and remain where you are, actively move away from him and disengage. If he then approaches and jumps again, repeat. Disengage and then remove yourself to break the chain. Ideally you should leave at least a minute between trials making it less likely the dog will chain these activities together. Eventually, when he approaches and keeps all four paws on the ground, you can give him attention. This way he is clear that the jumping up behaviours were not successful and that the four paws on floor behaviour WAS successful. Using this method of “discrete learning trials” the dog has more information and is likely to learn more quickly. The desired behaviour is reinforced making it more likely this behaviour will be repeated and, by disengaging and showing an un-reinforced end to the “learning trial” when he jumps up, the dog will be clear this behaviour is NOT reinforced and will do this less.

There are many such examples of where training can accidentally chain in unwanted behaviours.
For example: You are trying to teach your dog to hold his head up high whilst practising competition obedience. If he drops his head, you should stop the learning trial instantly without reward to let him know that the head drop was not reinforced. After a short break, re-set the learning trial and try again making sure you reinforce the dog a bit earlier for head held high. This way, the dog can learn that dropping his head down does not get reinforced, but keeping his head high does.
If you were to allow the dog to drop his head, yet continue with the learning trial, then reward him after bringing his head up again, you are effectively reinforcing the head drops into the learning trial.

Or, you have a dog that is a troublesome barker. You try to reward a dog for being quiet after barking but do not leave a long enough time (or don't show a clear end to a learning trial after the bark behaviour before reinforcing a quiet behaviour), so the barking increases rather than decreases.

In summary, be careful what you are reinforcing when training your dog. If you are using rewards for desired behaviours, but are still experiencing the unwanted behaviours, you might like to review whether or not you have accidentally chained in the unwanted behaviour. Bear in mind that when you discover your error and then actively do not reinforce the incorrect behaviour, your dog is temporarily likely to get worse before getting better due to frustration (extinction burst) as he will be expecting his reward! As long as you make it very clear what behaviour DOES get reinforced before trying to extinguish the undesired behaviour, it should eventually fade. 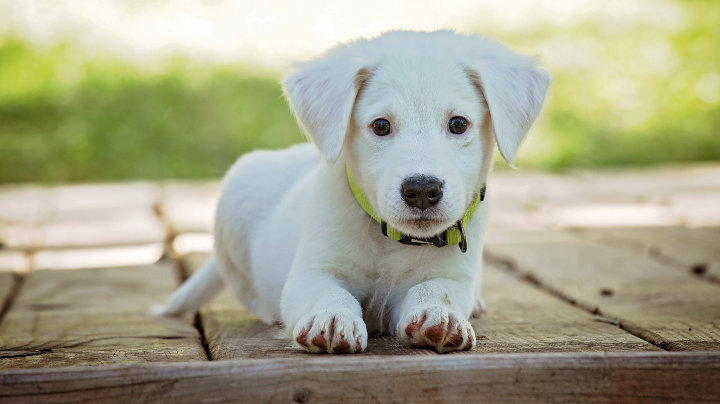 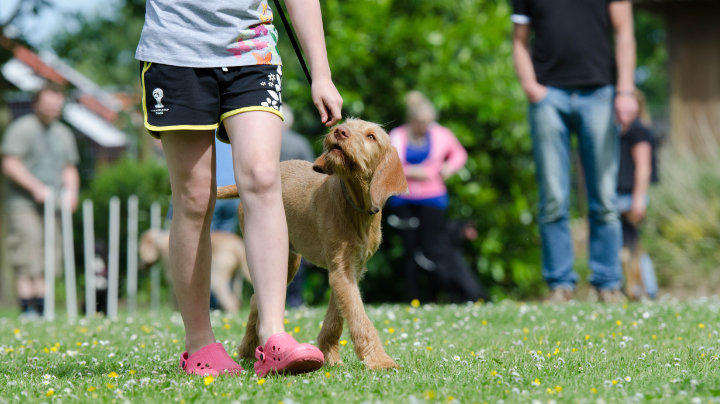